FRONTIER PLAYHOUSE is presenting TV/radio dramas about the pioneers of the AMERICAN WEST as aired during the golden age of radio and black and white TV in The USA. Stay with us as we travel those trails of old time cowboy westerns.... 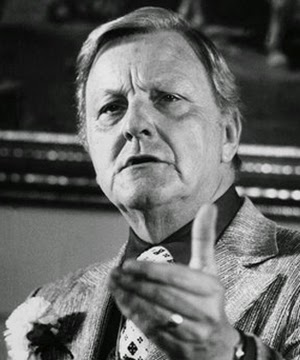 Frederick William Foy (March 27, 1921 – December 22, 2010) was an American radio and television announcer, who used Fred Foy as his professional name. He is best known for his narration of The Lone Ranger. Radio historian Jim Harmon described Foy as "the announcer, perhaps the greatest announcer-narrator in the history of radio drama." Shortly after graduating from high school in 1938, Foy began in broadcasting with a part-time position at WMBC, a 250-watt independent station in Detroit. He moved to WXYZ in 1942, but World War II interrupted his radio career...[see Wikipedia link for full bio]. 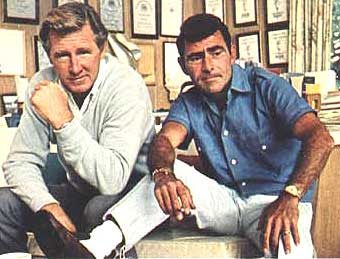 TV Obscuritiesw Cowboy with a conscience The Loner, ran for 26 episodes on CBS during the 1965-1966 season. It was one of the last network prime time shows to air in black and white. Serling created the series and served as supervising script consultant. The Loner is an American western series that ran for less than one season on CBS from 1965 to 1966, under the alternate sponsorship of Philip Morris and Procter & Gamble. It was one of the last TV series on CBS to air in black-and-white. WIKIPEDIA VIDEO: Episode 11 of Rod Serling's The Loner (1965)

The Cisco Kid is a fictional character found in numerous film, radio, television and comic book series based on the fictional Western character created by O. Henry in his 1907 short story "The Caballero's Way", published in the collection Heart of the West, as well as in Everybody's Magazine, v17, July 1907. In movies and television, the Kid was depicted as a heroic Mexican caballero, even though he was originally a cruel outlaw. 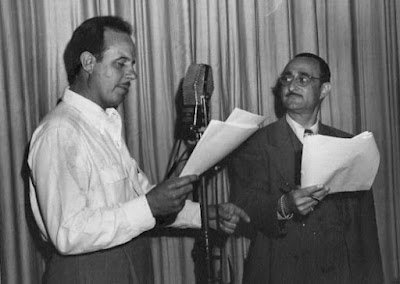 The Cisco Kid came to radio October 2, 1942, with Jackson Beck in the title role and Louis Sorin as Pancho. With Vicki Vola and Bryna Raeburn in supporting roles and Michael Rye announcing, this weekly series continued on Mutual until February 14, 1945. It was followed by a thrice weekly series on a Mutual-Don Lee regional network in 1946, starring Jack Mather and Harry Lang, who continued to head the cast in the syndicated radio series of more than 600 episodes from 1947 to 1956. The radio episodes ended with one or the other of them making a corny joke about the adventure they had just completed. They would laugh, saying, "'oh, Pancho!" "'oh, Cisco!", before galloping off, while laughing.WIKIPEDIA

Doctor Six-Gun was an NBC western radio drama that ran for sixty episodes between September 1954 and October 1955. Doctor Gray Matson, played by Karl Weber, is a frontier physician based in a small western town in the 1870s called Frenchman's Ford. The shows are introduced by a recurring character named Pablo (Bill Griffis), a gypsy peddler who has a talking raven named Midnight as his sidekick. As his name implied, Matson was equally at home with using a gun or using his medical skills to solve problems.

VIDEO: Willie Has A Land Deed 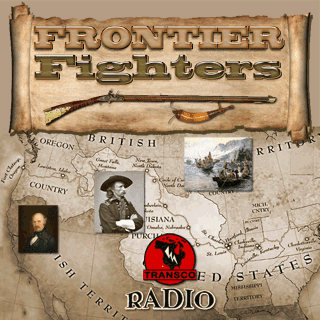 Frontier Fighters was a western drama radio show that took its listeners backinto a time of American history when men and women with brave hearts and pioneering spirits were the first of the European settlers toventure into the unknown West. One of the most popular radio programs of 1935 was Frontier Fighters, a program that presented dramatizations of the settlement of the American West. There is a constant theme that runs through each episode--the sacrifice men and women made to advance the frontier and to settle the West is what made America a strong independent nation. The message for radio audiences was that all Americans in the 1930s had the strength of their ancestors; the nation would endure. Episodes included dramatizations centering on Lewis and Clark, Marcus Whitman, The Fall of the Alamo, Grenville Dodge and Leland Stanford, Oklahoma Land Run, Alaska, Dakota Territory and the Bozeman Trail, just to name a few. The broadcasts of Frontier Fighters were only done in 15 minute increments, but the writers did a great job of presenting an interesting drama of a piece of American history from the 1600s tothe 1800s. Some of the shows were about individual people who made a difference in American history – either good or bad – and some were about instances, such as the legendary happenings along the Oregon Trail.RUSC.COM 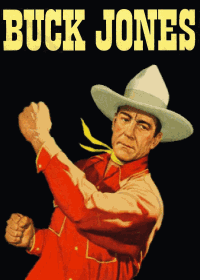 In 1937, Buck Jones starred in Hoofbeats, a 15-minute radio program syndicated via electrical transcription. The program was produced in the studios of Recordings, Inc., with Grape Nuts Flakes as sponsor.

For your personal collection...